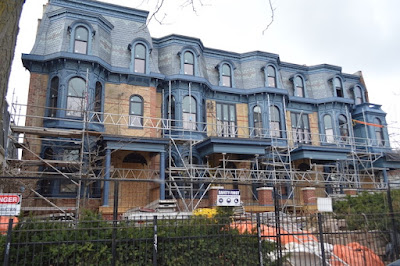 Renovations here have been slow but finally the outside tarps are down and the exterior is visible.  Work continues on the interior with an opening targeted for Spring 2023. The finished buildings will have forty units comprised of single rooms with kitchenette facilities.  People with homeless problems will be priority residents.  Dixon Hall will provide a wide range of supports for them.  A property management team will also be available on a 24-hour basis. 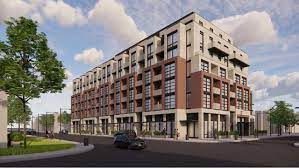 The Beer Store on this site has closed in preparation for the construction of the Georgian condos.  It’ll rise seven storeys and contain 107 residential units and three street-level retail spaces. The developer has engaged in extensive consultations with the local community.  A few questions remain about the future Beer Store space.  It’ll occupy 7000 square feet. Residents have asked that its windows be clear and open and that the retail and bottle returns be contained in two distinct spaces.  There are ongoing concerns about a proposed drive-in area with an elevator - the space will be open to anyone who wants to enter it. 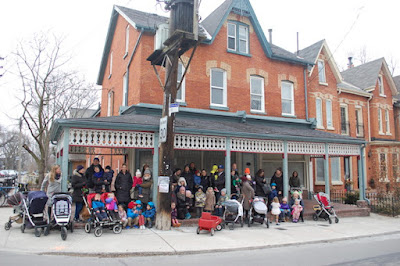 The building at Sackville and Amelia (459-461 Sackville) is being converted into a daycare centre.  The owner, Robert Ulicki, has all the necessary municipal and provincial permits to proceed.  He did, however, encounter delays with the final permit from the City of Toronto. He also has to navigate the pricing models that he faces.  A new, for-profit daycare like his will be listed at the most expensive level for parents enrolling their children.  Renovations are proceeding. 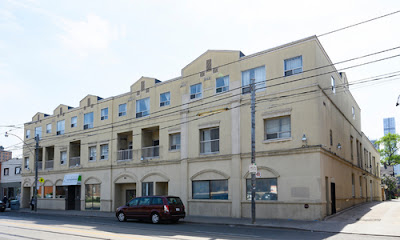 This building was purchased by the City of Toronto in the summer of 2021.  It’s been successfully converted into 24 self-contained affordable housing units managed by St Jude Community Homes for people who are at risk of homelessness.  Funding for the purchase and renovations came from the City and federal government.  Operating funding is supported by the province. 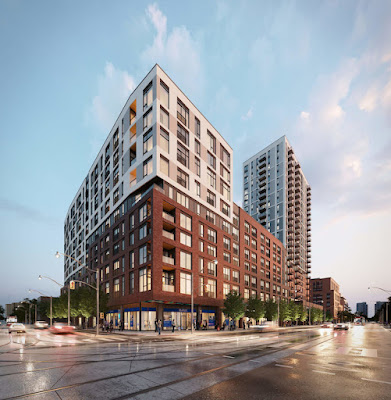 This condo project at Gerrard and Parliament is the final one being developed by Daniels in Regent Park.  Construction is underway and sales are being registered.  The corner building will rise ten storeys.  The website says that it’s coming in the Fall 2025.  For more info about unit sizes and prices, visit the project’s website. 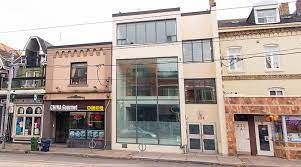 Several other significant projects will be covered in coming weeks - the women’s respite centre at 233 Carlton and the former Oban Flats development at Gerrard and Sherbourne. 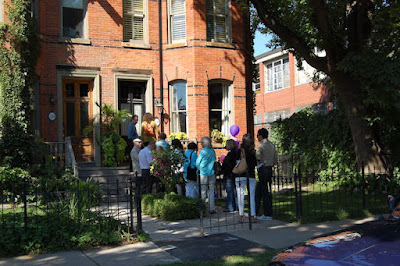 The popular Tour of Homes returns in September.  Check out the Tour's website for more details.  Volunteers are being recruited to support the Tour in each home.  If you’re interested, please complete the Contact Form here.

The Beer Store is closed 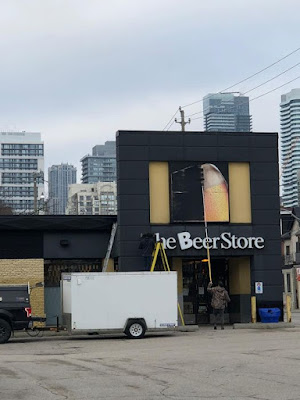 The one at 227 Gerrard at Ontario.  It’s the start of the construction of the Georgian condos on this site.  Thirsty people can still go to 28 River Street and 534 Parliament - both stores also handle bottle returns.  Beer connoisseurs can drop in to the Beer Store boutique at 41 Mill Street in the Distillery - this location sells a major selection of craft beers. (Photo: Jordan Allison)

Who can resist another puppy 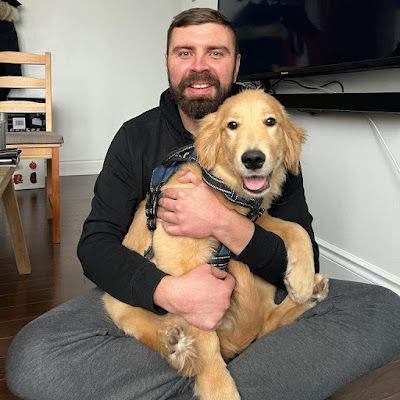 Max (the human) has been adopted by Dexter.  Dexter is now almost three months old and he’s growing like lightning.  He’s going to be a big guy.  He’s a genuine puppy - he’s full of energy and nipping everything in sight.

The City of Toronto operates three rinks in our area - Regent Park (480 Shuter), Riverdale Park East (550 Broadview) and Sherbourne Commons (61 Dockside). Check the City’s lists before heading out to the rink - weather conditions may affect the ice. 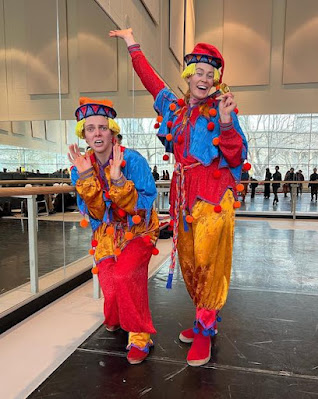 On December 20, Olympic gold medalists Sydney Payne (right) and Kristina Walker (left) served as Cannon Dolls in the National Ballet’s 2022 Nutcracker. They joined other celebrities who have danced throughout this year’s season.  The photo below shows them at their artistic best. 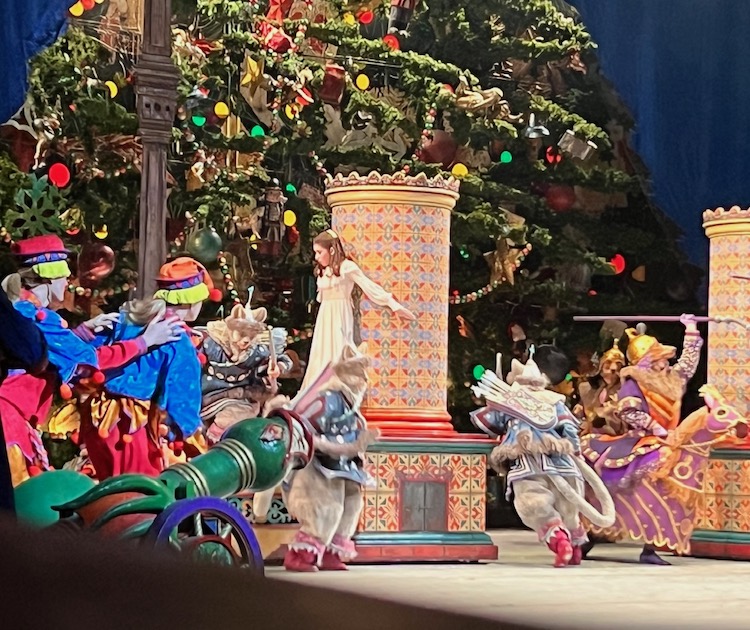 (Photos: National Ballet at the top and Kelly Rogers at the bottom) 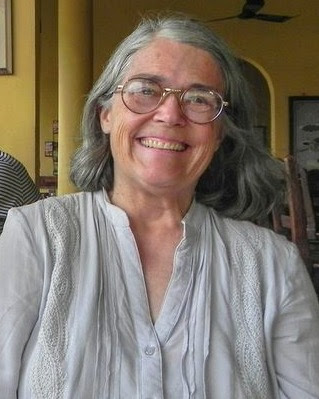 Sally Gibson wrote two extra Tidbits for us just before her death last month.  This week’s Tidbit is the first of them.  It’s a sequel to the one that she wrote about turn-of-the-century Chinese laundries.  The next Tidbit will appear on our regular schedule in two weeks. 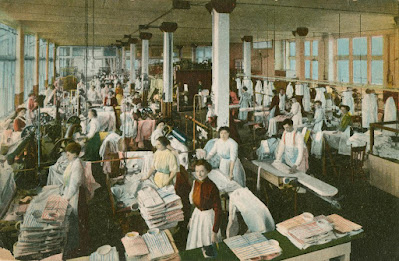 By Sally Gibson.  Around 1908, City of Toronto Directories started listing Chinese laundries separately from other laundries which were sometimes called “white laundries.” The Chinese laundries were all small, hand laundries. The white laundries included a few hand laundries but were mostly larger, steam-powered and then electric-powered, industrial operations. Widow Ada Hurst continued operating the modest Princess Laundry at 451 Parliament Street while living a few doors away at 467 Parliament. “Our waggons cover the city,” a small Princess ad proclaimed. Meanwhile, the New Method Laundry was so successful that it outgrew its steam-powered premises at 187-189 Parliament Street and moved into its new streamlined factory at the northwest corner of Queen and River around 1911. Gone were the overhead lines and bulky engines necessary for steam power. The workforce was entirely female and low-paid, no doubt including many Cabbagetowners. But management was male: John O’Neill was President and John J. Sheedy was Secretary-Manager. Both were also Cabbagetowners. O’Neill was also a successful local politician and brought a playground to the area. Account books and balance sheets rather than harsh chemicals and heavy irons made up their workdays.  (Photo:  New Method Laundry postcard, ca 1911 TPL PC3006) 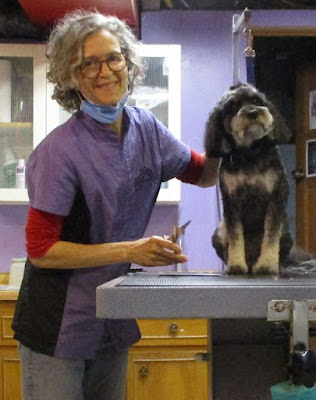 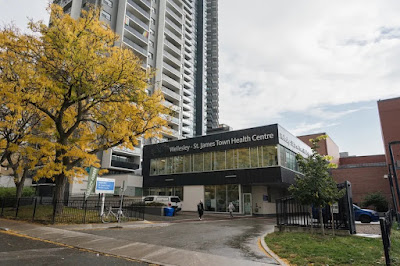 Kelly Grant has written a Globe & Mail story about the effectiveness of Family Health Teams and their renewal this year.  The clinics at St Michael’s Hospital Family Health Team are examples that she draws on.  Click here to read her story. (Photo:  Yader Guzman/Globe & Mail) Narcity asked six top chefs to list their favourite new Toronto restaurants.  Cafe Zuzu (555 Dundas) is on the list, chosen by Nuit Regular, executive chef and co-owner of Kiin, “It's such a great space in the neighbourhood: people can come meet up with friends, grab a quick bite to eat, or do some work. I also admire their community outreach programs.” Click here to read the article. (Photo: Narcity) 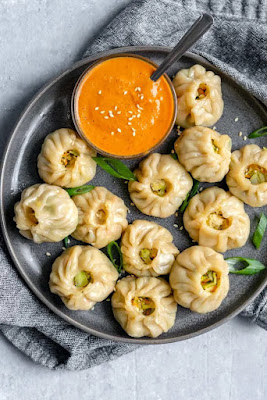 Taste tested yesterday - the potato momo and the house sauce are both great.  They’re just opening and they’ve got beef, pork, chicken and cabbage momo on the menu.  Take your pick - boiled, deep fried and pan fried.  A full list is coming soon with items like butter chicken momo and tandoori momo.  The room is bright and cheery with banners and lots of colour.  Lower level, 568 Parliament. 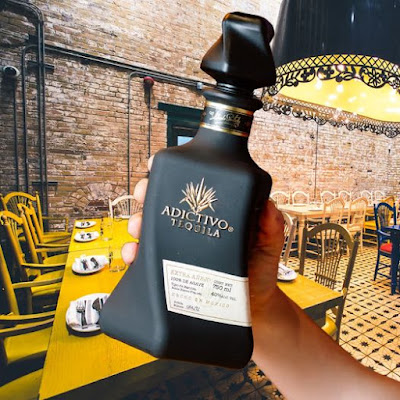 El Catrin (18 Tank House Lane, Distillery) is offering tequila and dinner tastings every Tuesday starting on January 10.  Unique bottles are paired with traditional menus.  To see the weekly specials, click here and scroll to the bottom of the page.

Join our email list and get a convenient weekly email link to the latest blog. Email us at cabbagetownreview@gmail.com

Cabbagetown Wine Tasting - Dozens of wines from a variety of vineyards and vintages and all worth trying. It's always a great evening with friends and family. Monday January 16, 6 pm. Get your tickets at F'Amelia, 12 Amelia. Call (416) 323-0666 or email info@familia.com

Services for individual and business clients including tax advice, accounting and consulting. We have advanced training, technical expertise and financial acumen. We continually invest in professional education and state-of-the-art computer technology. Click on the image to see our website.

Gold sponsor of the Forsythia Festival. Michael Hepburn has over 19 years’ experience in Cabbagetown building beautiful gardens. Click on the image to visit his website. (416) 801-4438 and info@hepburnlandscape.com 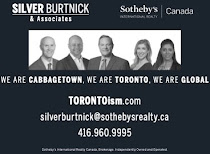 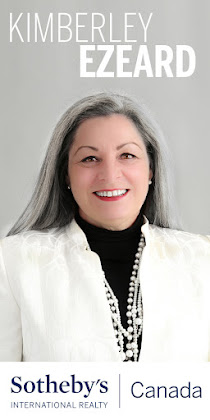 Kimberley lives and works in Cabbagetown. Her well-earned reputation is evidenced by her clients’ testimonials and her successful transactions. Click on the image to reach her website.

A new concept of retirement living. A beautiful 12-storey retirement residence featuring spacious apartments with full kitchens and ensuite laundry, à la carte services and many amenities. To learn more or book a tour, call 437-888-3402 to speak to a Retirement Living Consultant or send an email to thesumach.concierge@chartwell.com 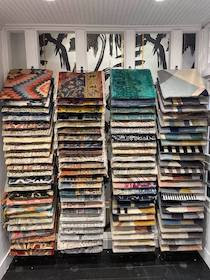 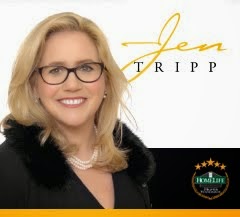 Gold sponsor of the Forsythia Festival. Jen Tripp has over 15 years of real estate knowledge in Cabbagetown. Click on the image to see Jen's current listing. (416) 697-5528 HomeLife/Realty One Ltd, Cabbagetown's Brokerage. 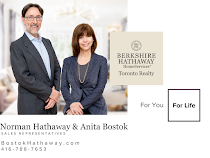 We are Cabbagetown downsizing specialists. Our Berkshire Hathaway HomeServices brokerage is the single most trusted real estate brand by home buyers and sellers in North America. Click on the image to see our website. 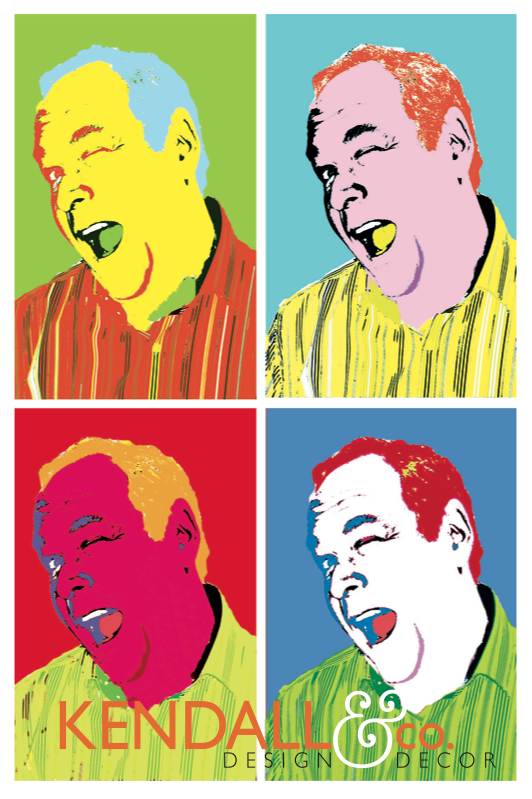 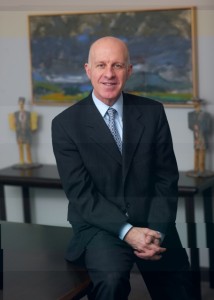 Tony has practiced law for over 35 years. His specialties include trip and fall, slip and fall, insurance and disability claims (LTD), bicycle and motor vehicle accidents, wrongful death and product liability. His initial evaluation for your case is free. To learn more about his practice and how he can help you, click on the image. (416) 979-1770. www.TLLawCanHelp.com 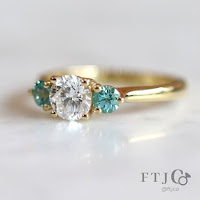 Our Emilia style ring is characterized by the three cute prongs on the outer stones. Another fun fact - all the gemstones in this sweet ring are lab grown. Click on the image to reach the website. 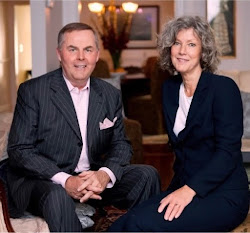 Serving Cabbagetown for over 25 years. Click on the image.

DEVAH AT B SALON 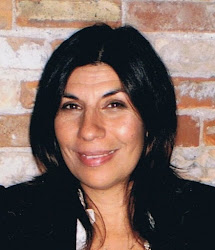